Overall Note: I only own a few ponies, so this list is not very specific. If a pony has multiple versions, I'll be happy to get any version of that pony.

Note: I don't own any G1s yet so I'd be happy with anything that's not in bait condition

G4:
-Brushable Minty (most wanted g4 item because you know, Minty.)
-Any other brushables. I currently only own Diamond Mint.
-BB Coconut Cream

Aside all of that, I'd be extremely happy with any kind of merchandise featuring Minty.

I can't really think of anything else right now. Will update this thread later at some point.
Last edited: Mar 26, 2015

As a certified Minty Enthusiast, I gave your wishlist a huge thumbs up!
I don't think, therefore I'm not.

piinkypiie said:
Can I just ask why everyone likes minty so much. Sorry i Dont get it. Hahaha
Click to expand...

I personally don't have an explanation for that I honestly have no idea. I just simply love her, that's it.

Do you have Blind bag Minty? 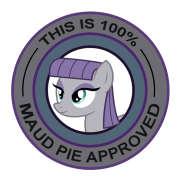 Maude pie said:
Do you have Blind bag Minty?
Click to expand...

Yes, I do! I just found her recently

Sisley said:
Yes, I do! I just found her recently
Click to expand...