Before this absolute craziness in the world erupted, I just got a new much better paying job, birthday money, and all my ponies back out of storage. (They did time for a year this time!)
To celebrate all that I went on a big pony shopping spree and got lots of my grails which I am super excited for. (Other than that I have one pony I bid on a few days ago [G4 Minty] and it looks like I will probably win, but I will be ceasing pony-buying temporarily after then. I am also avoiding thrift stores which sucks. )

The ponies I got were G1 Barnacle, Dutch Diary/Dagboek (I've been calling her Dagboek, her Dutch name! I like it a lot for her, suits her), Baby Sea Princess, Starglow, and G2 Junior, Crystal, Miss Painter, and Silver Swirl, and G4 Sandbar. They are all (except Sandbar) somewhat dirty/have ratty hair and need baths, I will do that soon!

(they have much more of a yellow tint here possibly because of lighting or the towel I used as a backdrop!) 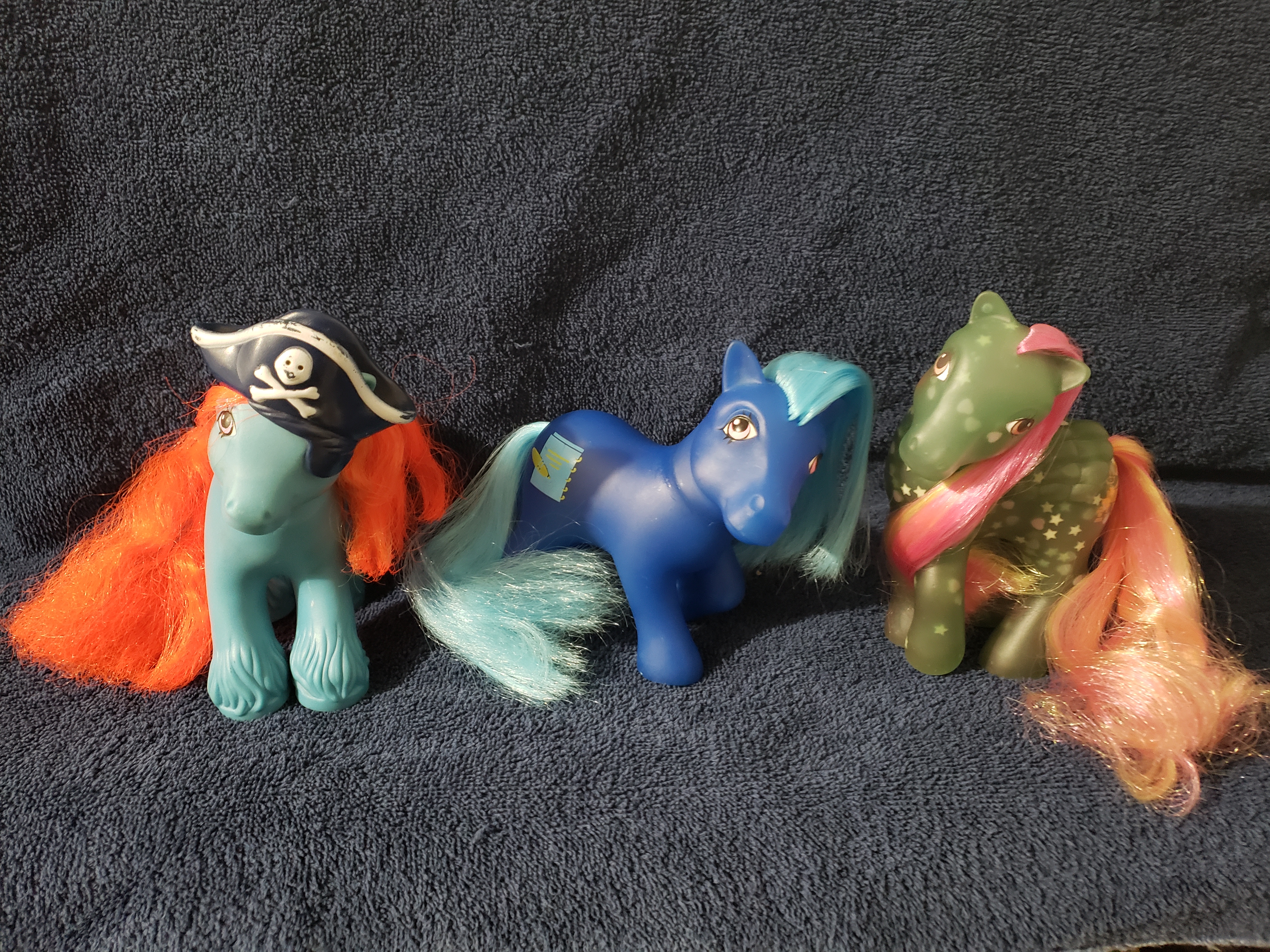 These 3 were some of my life long grails! ESPECIALLY Dutch Diary! She is my very first Nirvana, ever! I am so in love with her. She's probably my favourite of the new haul and my 2nd favourite pony overall, maybe. Just... That blue, omg! 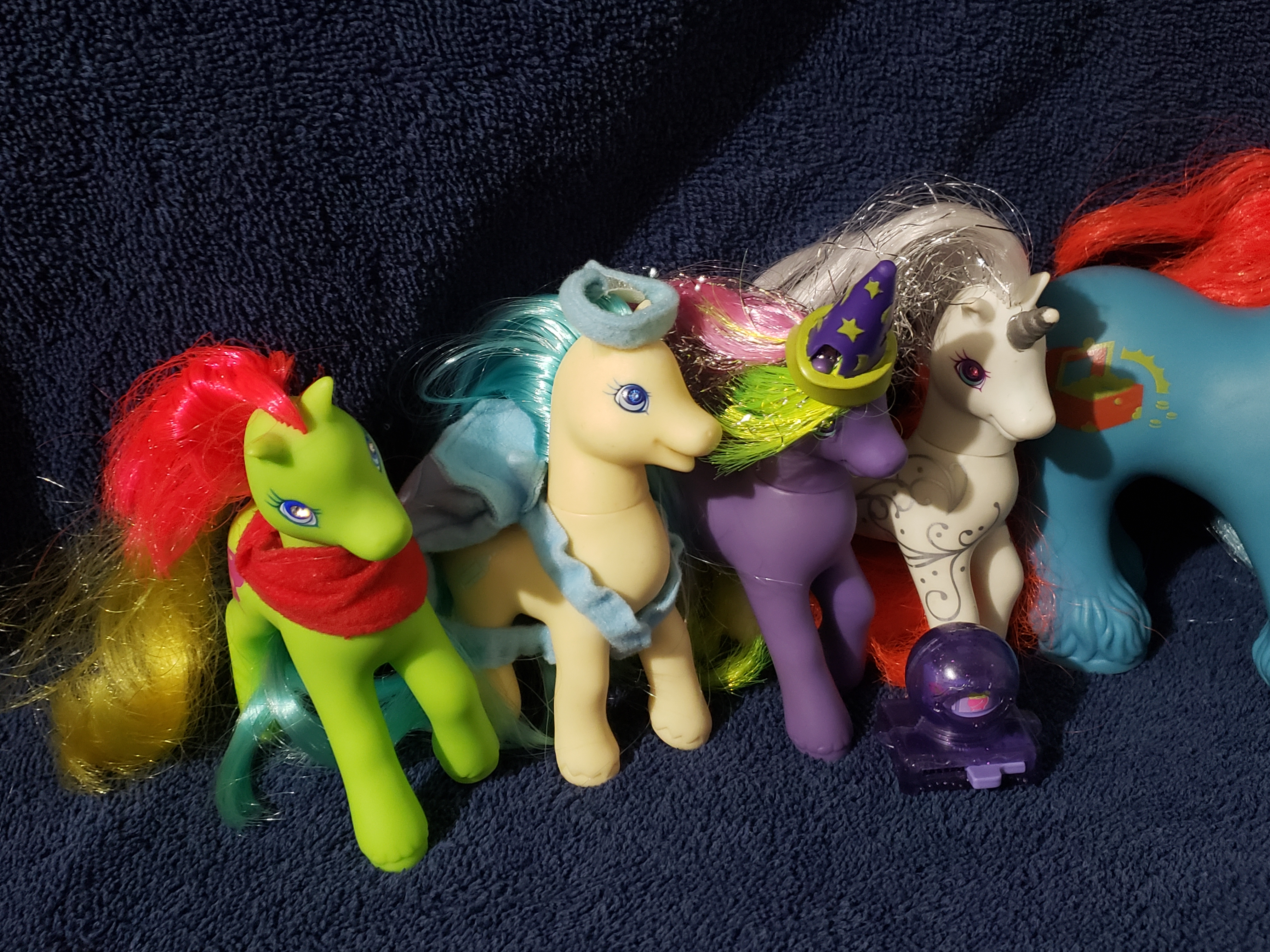 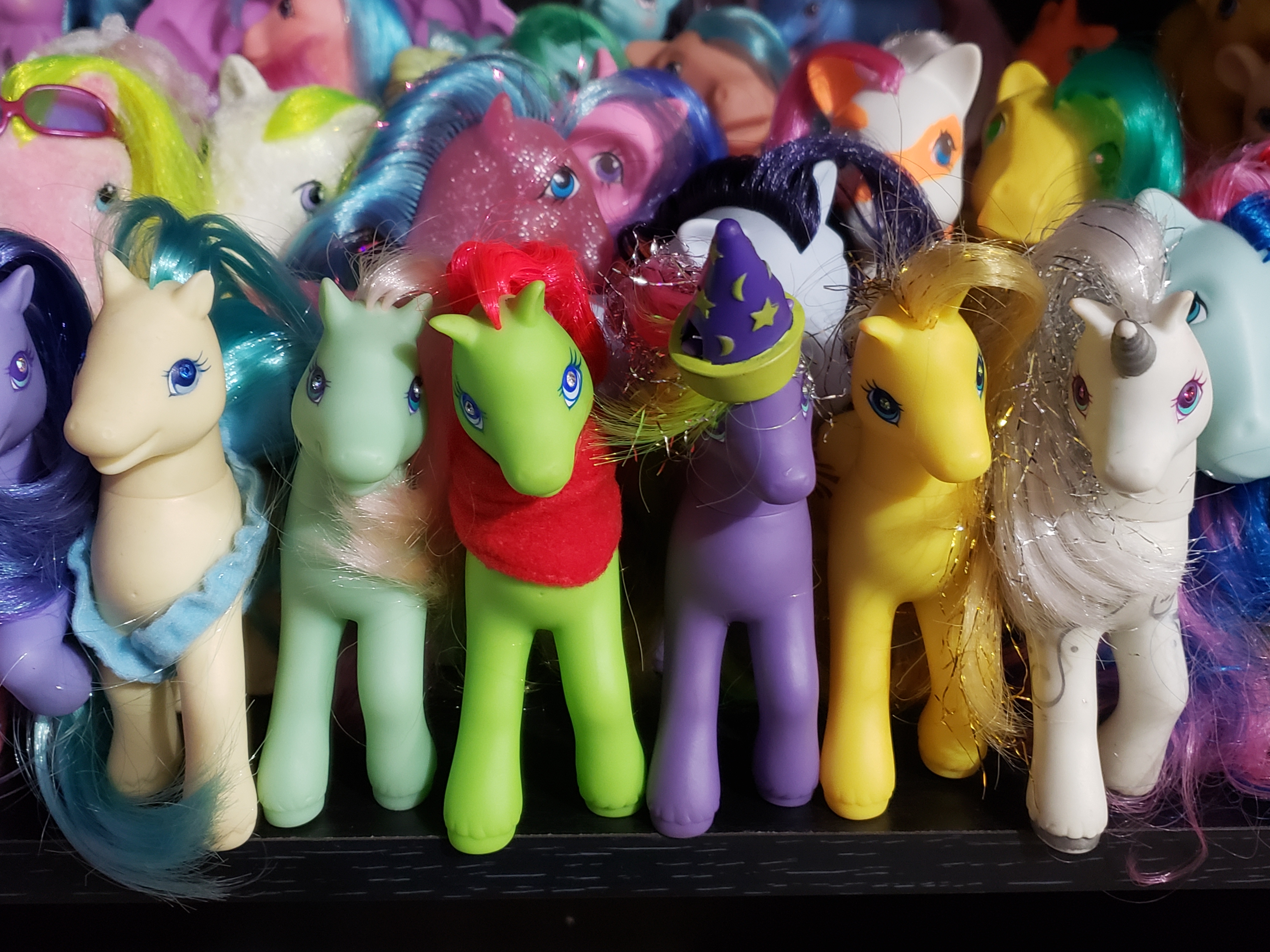 Crystal has a haircut but I turned it into bangs by pushing it to the side with her hat over it! Also in my head I just keep thinking of her as a boy! 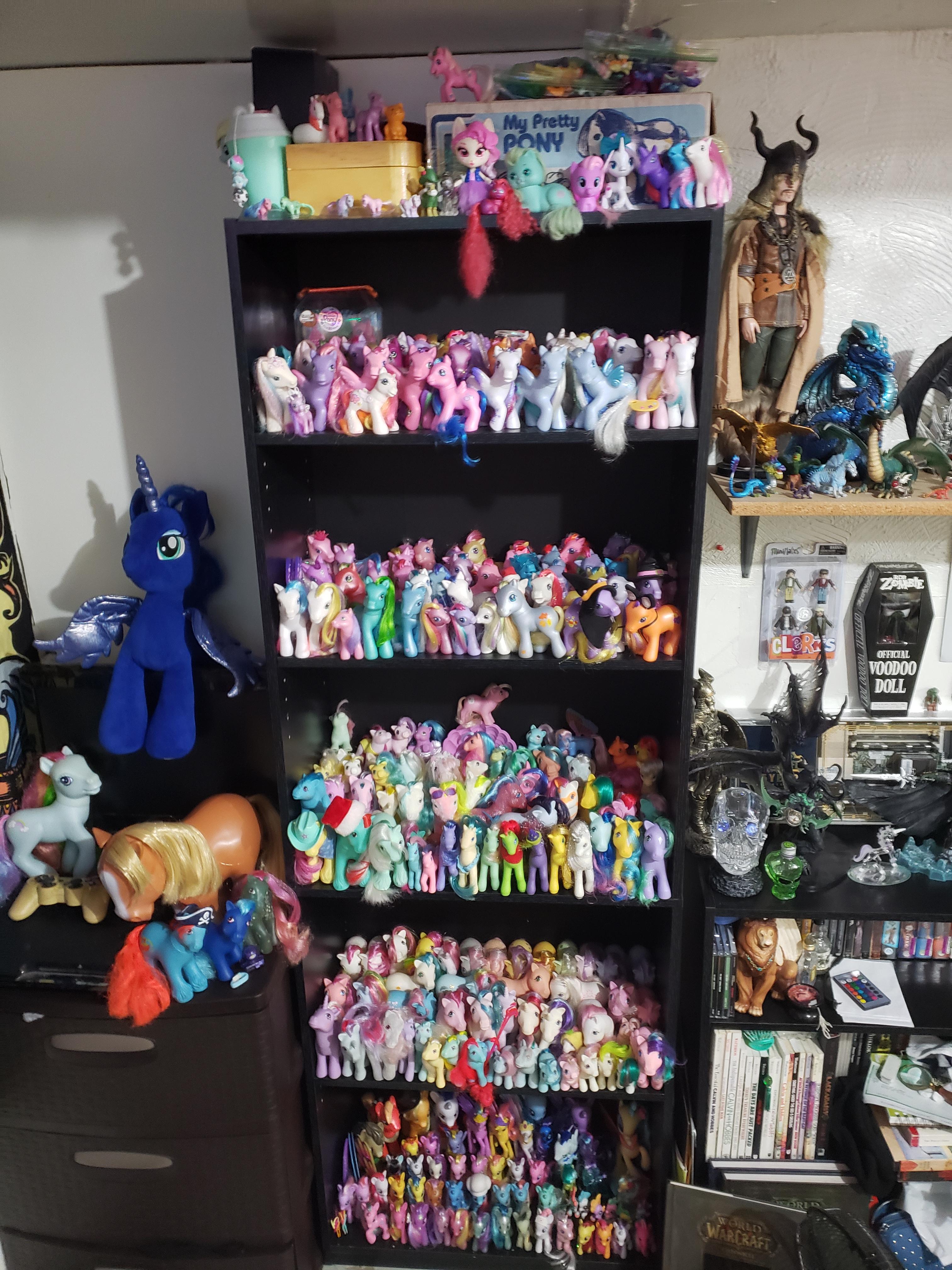 The herd as-is now! They are being kept in the laundry room temporarily, but are a-ok.

Also, because she is still pretty new and maybe part of the new Haul Horde, but here is Potion Nova! I do not like the new ponies but as a new char and gen she piqued my interest. Mostly including her cause, well she is new, and, I like the weird thing I did with her hair. 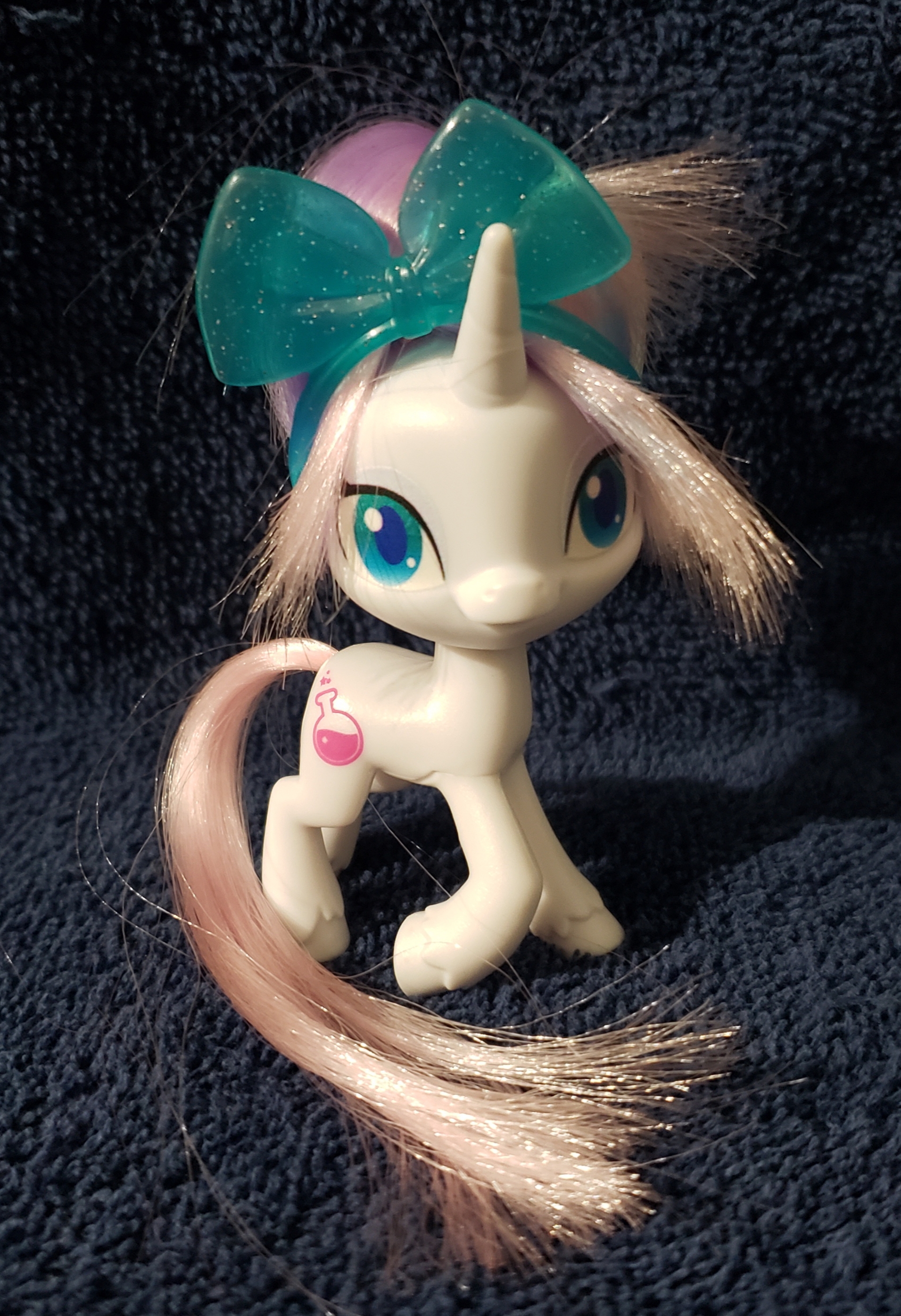 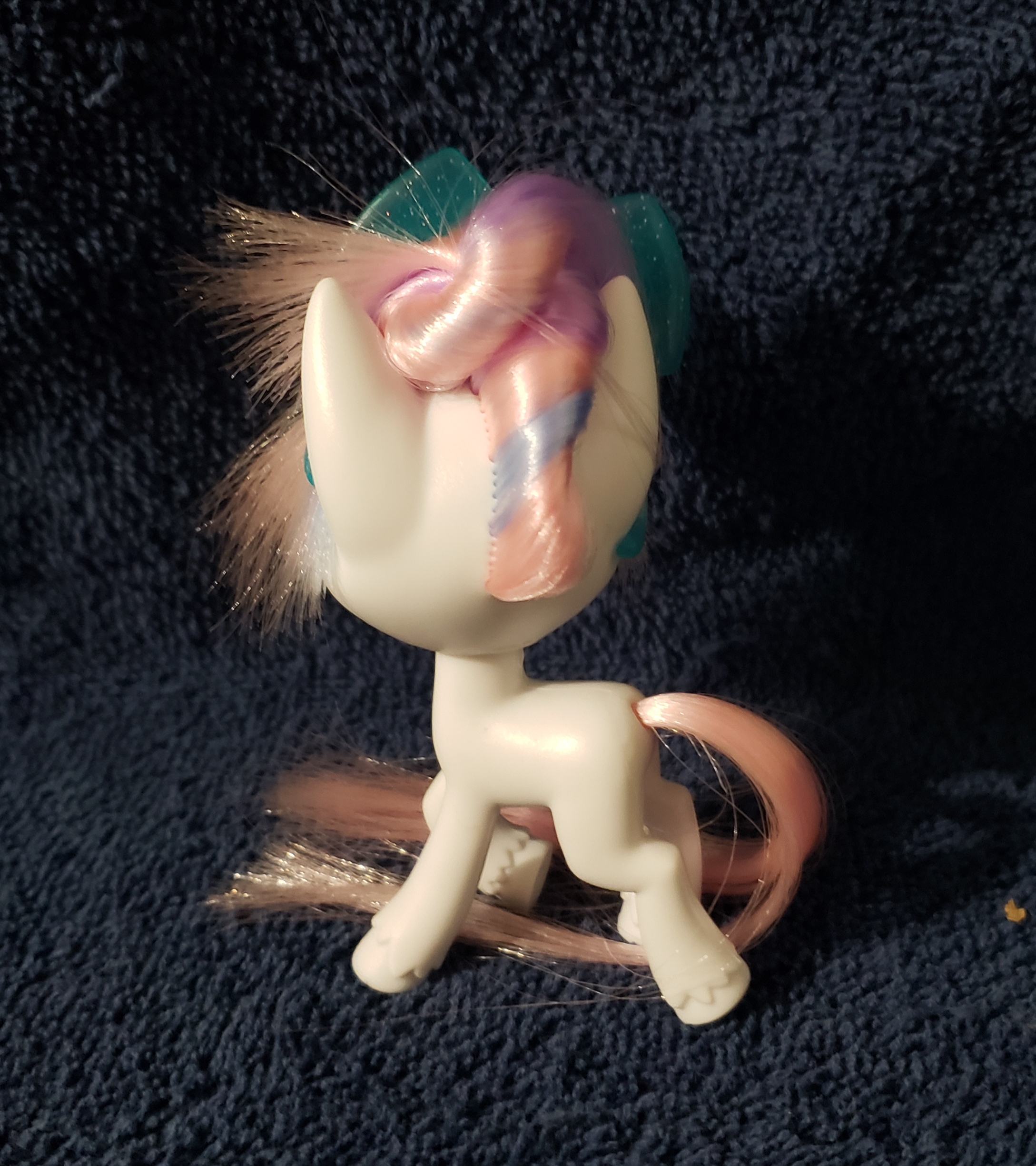 What a stunning group! I am so insanely jealous of your Starglow, Dutch Diary Pony, Princess Crystal and Miss Painter.

Also jelly of your Sandbar.

That shade of blue on Diary is so unique and dark. WOW!!

That is a gorgeous group of ponies! Congratulations!
Dream list
http://www.mlptp.net/index.php?threads/taks-dreaming-list.110734/
Thank you mustbejewel for my beautiful profile art.

You have an awesome collection! Congrats on your new ponies! That’s the first time I have seen Potion Nova.... I need to update my knowledge on all the new stuff. Blue ponies are so pretty! The Dutch ponies are so cute with their designs.

Thank you all so much!

What a great collection! Dutch Diary is one of my grails, mainly because of that stunning blue. I wish we'd get more of the richer hues like she has.
I don't think, therefore I'm not.

What beautiful ponies! That Dutch Diary pony really is stunning.

Oh, wow!! Gorgeous ponies you got there! Congrats!!

Congrats! I am kind of Jelly I can't wait to start working on my Big Bro ponies. I still have my original Barnacle but the hat is long gone and not in the bestest of shape either!
You must log in or register to reply here.
Share:
Facebook Twitter Reddit Pinterest Tumblr WhatsApp Email Link
Top