In need of help!!

I know a 15 year old that doesn't believe that there are goodness in the world still and I would like to prove her wrong....Why? How? Let me explain.

Her name is Jasmine and she unfortunately has a tumor inside of her about the size of a small basketball and she's having problems on trying to get it removed, but the surgeons that has been seen; gives the excuse that they won't treat her because of either she's not an adult or the fact they won't take her type of Medicare And unfortunately she's kind of....how can I put it....feeling down about it! And the way it feels she may be having it removed from her body some time around Christmas, which would make it bad because no one wants to be in the hospital around Christmas! And also what makes it worst is that the thing is STILL GROWING!....And its upsetting her because of it and it makes her feel like no one cares.

What I asking here is from people on the Arena and the Trading Post if they are willing to help cheer her up and prove to her that there are still kindness in people! In which I know there are a lot of good and kind people on here!

All I'm asking for you to do is to send either a card telling her that she's in you prayers, giving her good wishes, ect.

Or sent her a special gift with the same message. It can be made if you want to use your crafty side; it doesn't have to cost you a whole lot; the main point is to let her know that she's not alone and that there are people who care! I'll give you guys what she's interested in so you can go on from here.....

She likes the fallowing.....

Animals in general, especially Cats( black one the most), Big cats, Horses, Dolphins, Starfish, and other types of sea life, Sheep, Goats (loves them a lot!) and Owls.

Cupcakes! I mean everything about them from stickers to bookmarks to even eating the real ones. She just loves them!!!

Music, but she loves Greenday and Evanscance

The nighttime in general

The seasons of fall and winter

Like a lot of us, she likes Mountain Dew and Pepsi

The colors: Black, Orange, and Green

So here you all have it!!! Please can you all help her out! It wont be much to cheer a child up! If your interested, message me when your done gathering stuff up or got a card so I can give you her address. The main goal is to get at least an card from all over the world. She's from the United States.

Thank you! And hope to here from some of you soon

This is a very sweet thing you're doing. If you don't mind, can you PM me her address? I'd like to send her a card. 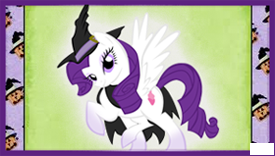 When I was 5, I had to have life-saving surgery around Christmastime. It's scary.

I can't make it to the store 'til tomorrow the 14th. I'm going to get a card and something for Jasmine.

Could you please pm me Jasmine's address? I have a lot of original artwork I can pick from to send her My cousin is currently battling brain tumors that she's had since she was 2 yrs old and she's now 24. Maybe if Jasmine knows there's others like her out there, she can still find some hope! 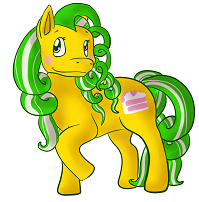 PMing you!
I don't think, therefore I'm not.

I mailed mine out today. It's a card with a picture of a faun I drew. I hope it at least makes her smile!

Music is Life. That is why our hearts have beats.​
Thank you to Philly for my awesome sig and to SquarePeg for my avatar!
M

Would you please message us her mailing address? I have some drawing/card ideas in mind for her.

Edit; does she like Japanese things, such as Hello Kitty/Sanrio characters and anime/manga?
- Mimic
Last edited: Nov 15, 2013

Go ahead and PM me her address too, I'd like to help.
Living in two worlds since '90. Living anew since '04

Hi, I've been sick but I got the addy you sent and I *promise* I'll send the gift Monday.

Fiddle faddle, I don't think my PM got to you. I'll try asgain, but in case you don't get it, I'd really like the address as well, please!
I don't think, therefore I'm not.

I'm gathering together a package of things to send, so I'll need the address to. Sent you a PM.

dragonkiss207 said:
I mailed mine out today. It's a card with a picture of a faun I drew. I hope it at least makes her smile!
Click to expand...

I got everyone's messages. Sorry it took me so long to reply I had no internet for at least 3 days D:

LightningSilver-Light said:
Do you think she'd like to receive something like this? I notice emphasis on cupcakes on that list~ although this is a muffin themed design

That would be nice! It looks just like a cupcake!

Thanks for getting back- will be getting back with you about the tracking/confirmation # for the package tomorrow~
Customs for sale click here:

Commission status: CLOSED DUE TO COVID-19 PANDEMIC, WILL OPEN ONCE PANDEMIC IS OVER
D

Hi, I sent finally today. I PM'd the Delivery Confirm #.