Hello welcome to my thing where I shall be posting garbage art things I've made.


The following three things are all related and I'd like to see how people feel about them before I post more terrible crap stuff. 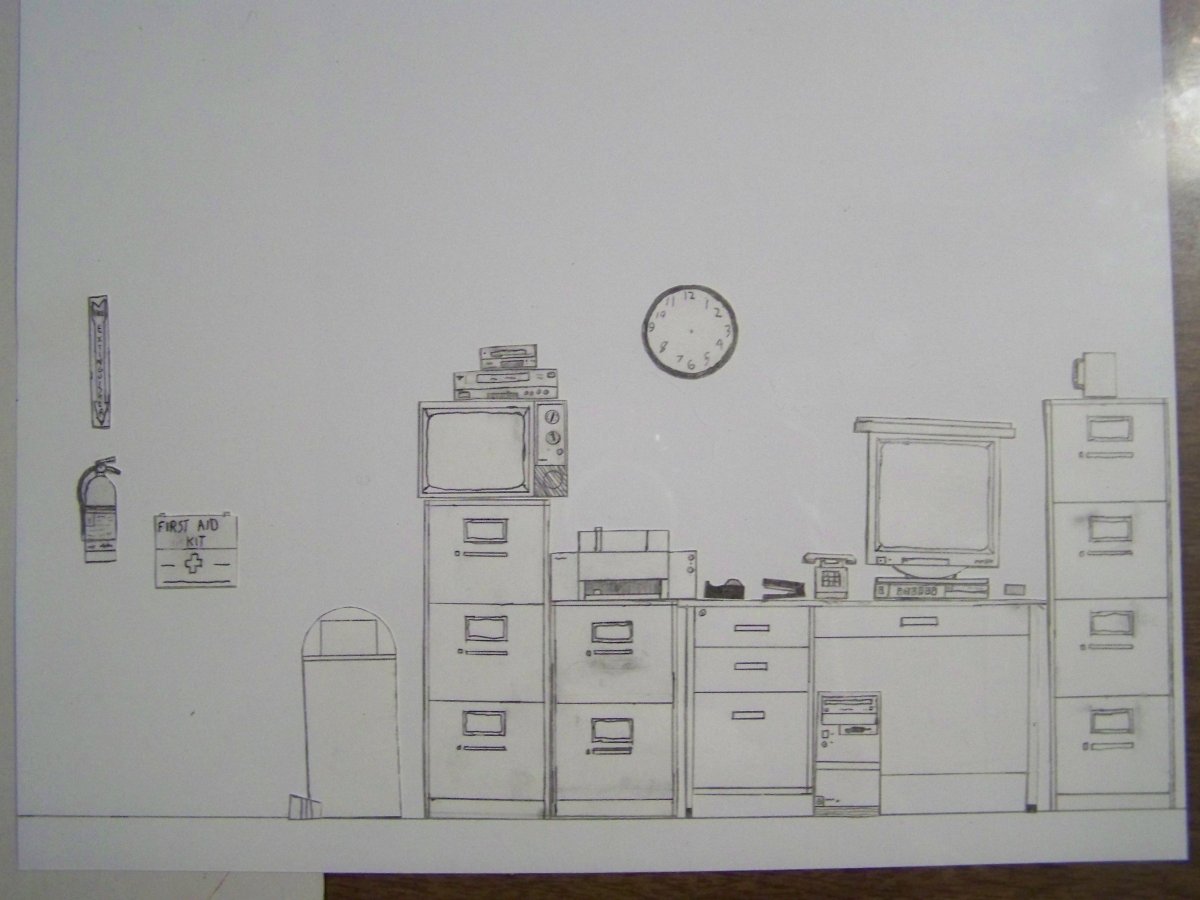 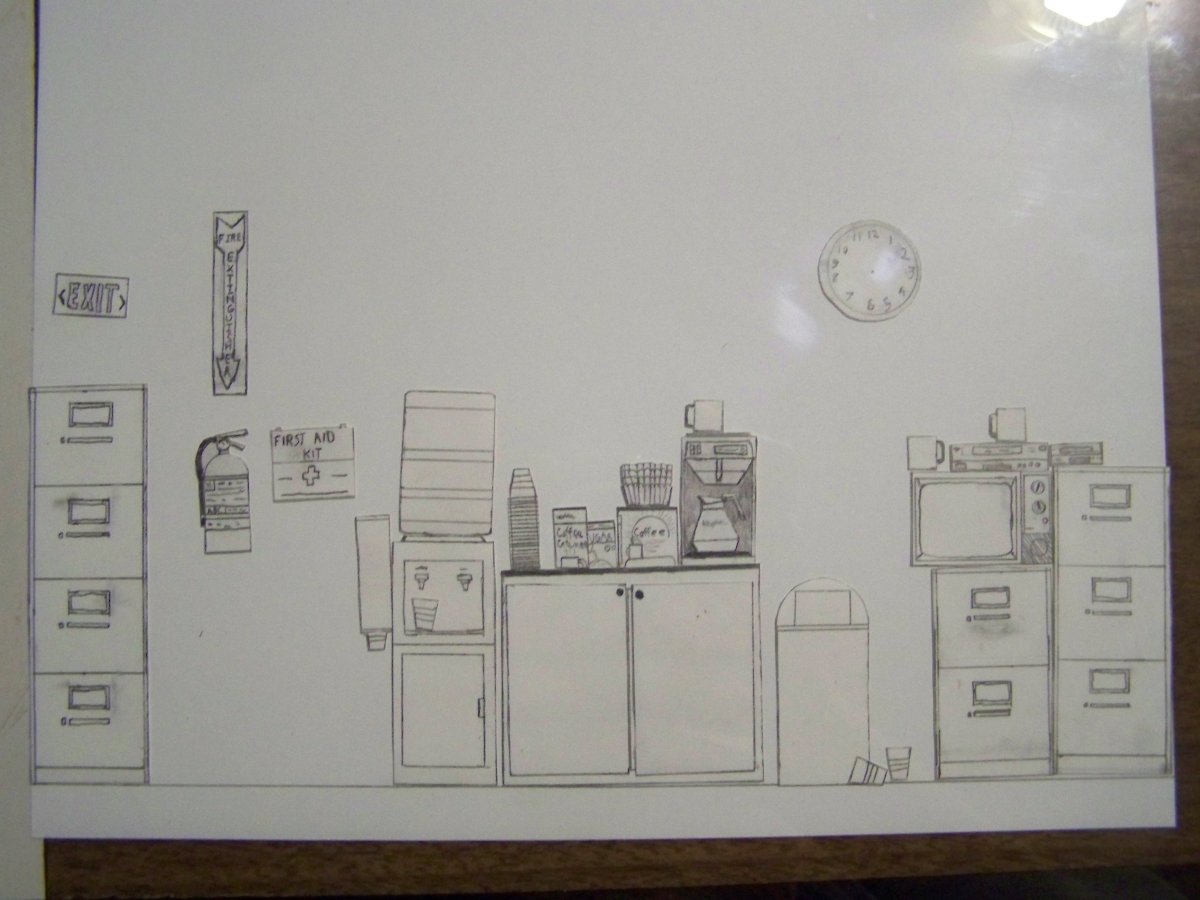 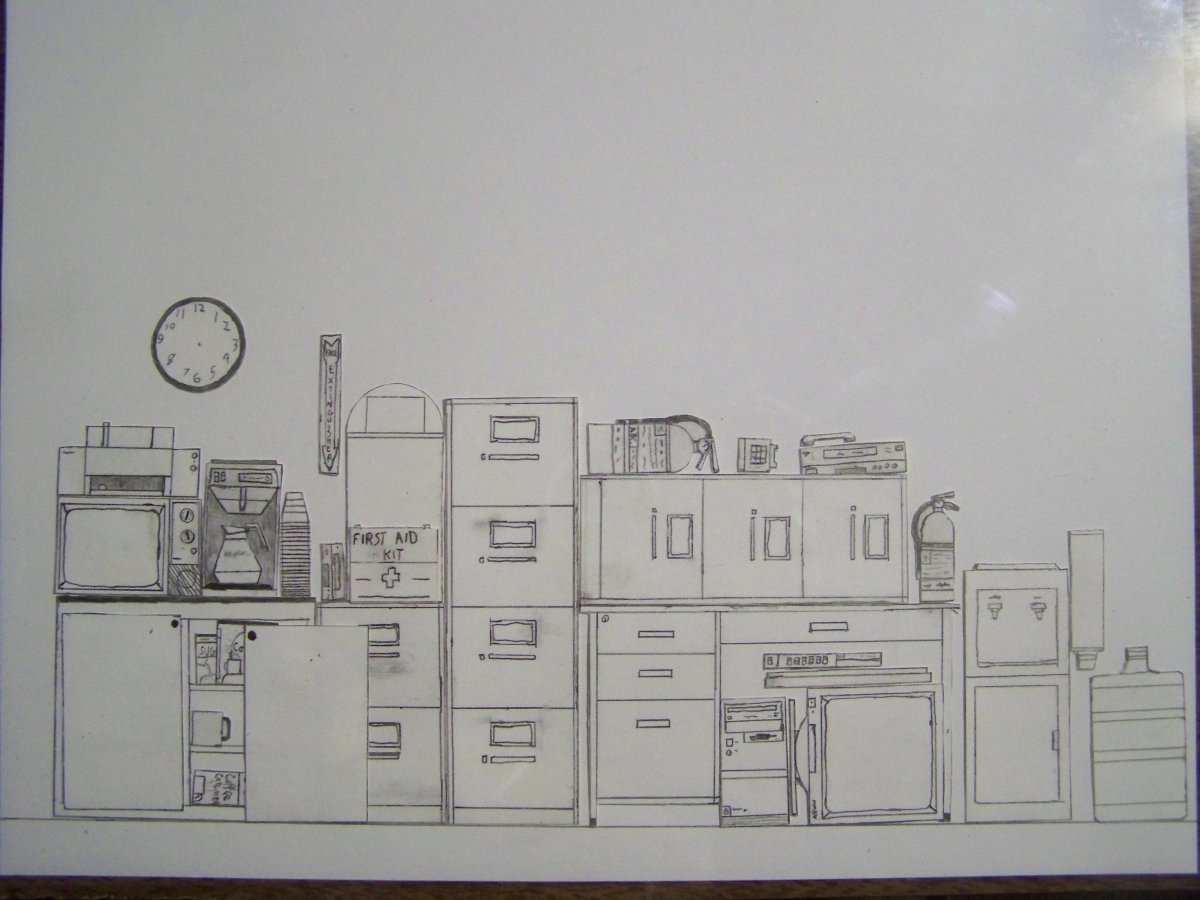 Also I would have posted it in the MLP art area but it wouldn't let me upload pictures and if you're wondering where the ponies are they'll be coming later, if you don't want to wait for them you can pretend they're hiding inside of the file cabinets or behind the counter with the coffee stuff on it.

These are so neat and the scaling of everything is so good!
I quite like these. Pretty interesting

Dude, give yourself more credit. That is some nice, clean artwork.

Very detailed, your subject matter makes me feel like I’m at work though, show me some ponies! Really clean and well done!
Dream list
http://www.mlptp.net/index.php?threads/taks-dreaming-list.110734/
Thanks to mustbejewel for the amazing avatar.

Very nice. The proportions are correct. My favorite is the stapler! It is very noir feeling.
Maybe getting new ponies is my way of going through an early midlife crisis?? It could be worse, right?

I agree with everyone else. Give yourself more credit man! These are all awesome and have a lot more details than I ever have the patience for lately.
You’ve got an eye for details and that can be a difficult for some to translate into artwork. I love it.

Also, I too demand to bring the ponies out from hiding. Please stop repressing them and allow them to come out of hiding from in your cabinets.

StormMaeker said:
These are rearranged cutouts, right?
Click to expand...

Yes, they are all individual pieces, what gave it away?
Also are there any objects in the pictures people had trouble figuring out what they were?


All of the pieces in the pictures are the product of several weeks of work, originally they were going to be smaller but the original stapler I made was so small you couldn't really tell what it was, so I had to double the size.

Also the ponies might not show up for a bit because I haven't really done anything with them, so right now they're just a pony template I found on the internet that I cut up then printed out, it's articulated but it lacks colour, hair, and a butt mark. Also I only have one cut out out of the four I made.

“P-p-p-pardon me. I believe you have my stapler.”
Dream list
http://www.mlptp.net/index.php?threads/taks-dreaming-list.110734/
Thanks to mustbejewel for the amazing avatar.

Those are some nice clean lines! Like everyone else said, you shouldn’t be so hard on yourself it all looks great

I like that you even have a little cup on the floor that didn’t make it in the trash ,very detailed

ActionHank said:
Yes, they are all individual pieces, what gave it away?
Click to expand...

I was looking at your pictures for a while because they are detailed yet the lines are so simple and neat. And the very, very slight colour change against the background. I like noticing details
I thought they were three different pictures at first then I looked closer and could see some certain same things moved, like the first aid kit.

The fact they’re cutouts makes me wonder how far they go because that cupboard door opens there. I really like them!
☆*:.｡. photography is another way of appreciating toys .｡.:*☆​
he/they pronouns please

Tak said:
“P-p-p-pardon me. I believe you have my stapler.”
Click to expand...

That's exactly what I thought of when I saw that stapler!
Maybe getting new ponies is my way of going through an early midlife crisis?? It could be worse, right?

StormMaeker said:
The fact they’re cutouts makes me wonder how far they go because that cupboard door opens there. I really like them!
Click to expand...

As of right now the cupboard is the only thing that has doors that open, also what do you mean when you say "wonder how far they go because that cupboard door opens"?

ActionHank said:
As of right now the cupboard is the only thing that has doors that open, also what do you mean when you say "wonder how far they go because that cupboard door opens"?
Click to expand...

I wondered how many things can open, like how many of the filing cabinets can open and what would be inside, like those babushka dolls
☆*:.｡. photography is another way of appreciating toys .｡.:*☆​
he/they pronouns please

I was going to post pictures of the pony in various poses but I've discovered that I might need to make it fancier in order to keep it from moving around to much, because as it stands right now that if I just barely touch it it messes up the whole pose. So it'll be a bit longer before I post any pictures of the pony.

Super detailed. I was wondering too if more things opened . Will the clock start making time when the ponies arrive

The clocks will get two separate posable hands, when I get around to finding some thin clear plastic to make them on. (Probably gonna use the plastic bits from a bank envelop.)


But they have to wait for a bit while I try to figure out how to make the pony's legs work, because right now they're three pieces that move around a lot while moving other bits, so I'm trying to figure out if having the leg be one thing with articulation is better than three separate pieces.

Hello again, the project has stalled do to waiting for little tiny brads to arrive in the mail or for ma to find them or whatever's going on with that.
There is also a thought that I might change the project from a physical thing into a digital thing while maintaining the hand drawn background stuff, but for that to happen I need a motherboard for my old laptop as it has Adobe Flash CS5 on it and I can't think of another program that'll do what I want like it can, so things have stalled out and will continue to that way for a bit.


So does anyone have any questions about stuff as it stands right now?

I have gotten a step closer to being able to animate on a computer by fixing the computer, it still has a few issues to figure out but it's getting there.

Also I've drawn a thing on a paper in a book, but it isn't finished yet, it also doesn't contain ponies.